Written by Brandon LaRue on December 5, 2019. Posted in Blog, Uncategorized.

Hard work pays, easy work may pay…..sometimes, but it sure doesn’t leave you with the wisdom and experiences that hard does.

I’m not sure how this post will be received.

As a rant? Perhaps. Though I don’t want it to sound like I’m a whining at all. I hope what comes across is a message about why you should choose to do hard things in your life, and when life gets hard, that you should choose to do the hard right things at all costs. Shortcuts exist, though I can just about guarantee that if we were honest when  we’ve taken a shortcut, that we’ve always regretted it. It takes a very self-aware person to admit their wrong choices and actions; however, most people continue to find reasons to support their decision for easy.

Think about your life for a second. Think about some of the hard things you’ve had to endure or persevere through. If you can’t think of a handful of events or seasons in your life when it got hard, then perhaps your time is coming. I don’t wish for hard things to come into your life, but then again, I think I do, because it’s only through the hard things that we learn life’s most valuable lessons.

I’m not here to write about how my life is harder or easier than yours, so please don’t mistake the point of the article. I’ve just learned to be very reflective about adversity in my life, the choices I’ve made (good and bad), the outcomes (good and bad), and ultimately the lesson I was supposed to learn from it. Off the top of my head, I can refer back to a handful of hard events/times in my life that have shaped how the lens in how I view hard events/seasons in my life:

Now I know there’s been some other hard things, but these 5 events come right to mind when I think about HARD in my 36 years. Some of these were uncontrollable HARD events, while others were controllable HARD events. When I lost my Mom, there was nothing I could do to make her cancer go away. But I did learn a very valuable lesson in compartmentalizing. If you’re not sure what I mean by that, it simply means that I learned how to keep that difficult part of my life at bay, while I’d go about my day to day life with academics, athletics, and friendships. It wasn’t that I ignored the issue at all, it just allowed me to focus on the tasks at hand in a productive manner, rather than handle everything with the weight of my Mom’s cancer attached to it. I’m not a robot, so of course it spilled over into a lot of what I was doing, but I think you get the point. This lesson has proven to be one of the most profound lessons of my life. I don’t get rattled, like many do, when things get tough in my life.

When I was going into my senior year of high school, which let’s admit, is a pretty special time in life for many, I was faced with a big decision. My dad had been laid off from the brewery in La Crosse, WI that summer and found a good opportunity with a company called Agri-Link in Waseca, MN. My dad couldn’t refuse the opportunity, so he too had to make a tough decision to accept. This left me with the decision to either move with my Dad and Brother to Waseca, or stay in La Crescent, MN with my grandparents to finish out my senior year. My Dad was my wrestling coach and he rarely missed one of my events, and my brother was my teammate in all 3 sports. Dustin, my brother, was a talented sophomore and he was likely going to be on varsity with me in all 3 sports. This would’ve been a dream to experience this with him. This was a HARD decision, but I chose to stay with my grandparents and finish out my career in La Crescent without my immediate family, and interestingly enough, 18 years later, I’ve arrived back in my hometown.  The hard lesson I learned during this time was once again, how important compartmentalizing is, and probably more importantly, that true friends and family are one of life’s greatest gifts.

Sports and my athletic ability were a big part of my identify; in fact, it was too much of my identity. Entering college, I had high hopes for what I knew I was capable of. However, what we are capable of and what we actually do, are oftentimes two very different things. My college athletic experience started out great. Because the college was close to my Dad and Brother, I chose walk on to a DII baseball powerhouse program and also walked onto the football team, despite having scholarship offers from other well respected schools. From the moment I walked onto both fields, I knew that I belonged and that I could find success. I earned the starting varsity catcher position in baseball, and I red-shirted in football. I ended up quitting football during two-a-days my second year, a decision I still regret immensely, so I could pursue baseball, which I thought I had the talent to play at some level professionally. I had two “ok” seasons as the varsity catcher, and I was really excited about my remaining two seasons……that never came. I ended up getting cut, which still to this day doesn’t make very much sense at all to me and my teammates; however, I do need to own my shortcomings. Remember that sentence that I typed above about what we are capable of and what we actually do are oftentimes two very different things? Well, this was one of those lessons for me in my life. I thought my life was ruined when I got cut. I was negative, and I blamed everyone else, except for myself. The college lifestyle had gotten the best of my athletic endeavors. I partied way too much and my priorities got out of alignment. This was a tough lesson for me to learn, and unfortunately I’ll regret it for the rest of my life. But I also learned something important, to not waste opportunities when they present themselves. 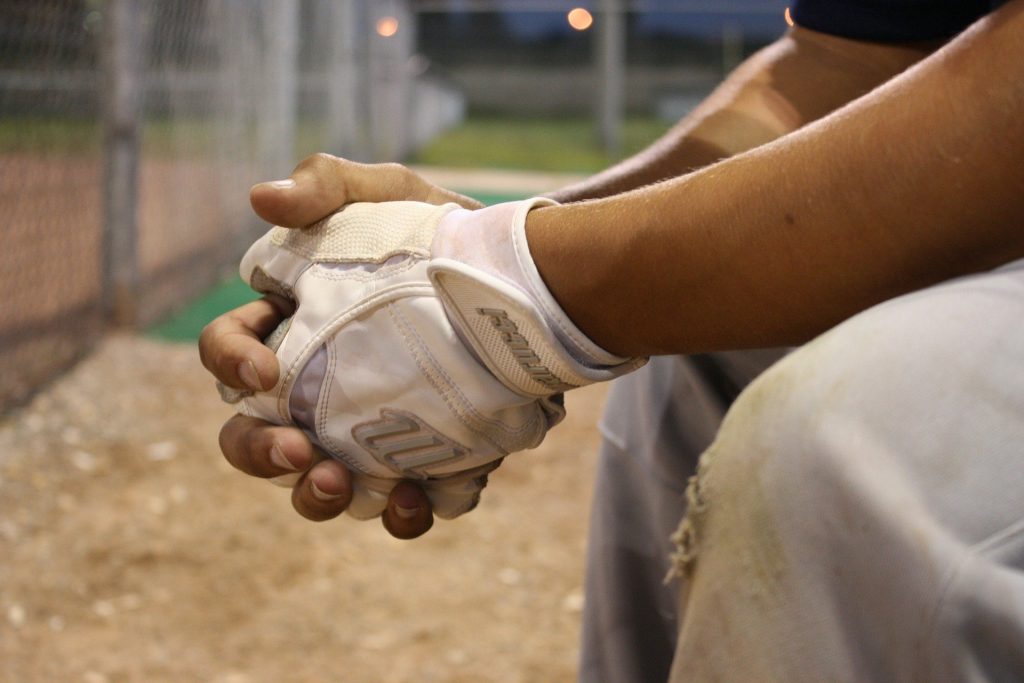 Being a father is and will forever be one my life’s greatest joys. It sure has its moments, but man oh man, the love for my children is immense. I’m sure you can relate. When Livia, our first daughter, was born, there was just something “off” when she came into this world. The doctors and nurses comforted us that she checked out healthy, despite some reflux, but then the concern grew as what they thought was reflux turned out to be seizures. This led to a month long stay at the NICU where they ran test after test to determine what was wrong. Eventually the genetic test came back with some rare news. Livia had a genetic mutation in one of her genes, and it’s one of the rarest forms of epilepsy that they’ve seen. This leaves Livia 100% dependent on us for nearly everything and their isn’t really a prognosis for her future due to the rarity of her condition. I’m sure this situation can ruin some families, but not a family that has been reinforced by faith in God. Livia is now 4 years old, and she is one of the biggest blessings I have ever known and will likely ever know. She inspires us daily, and her lessons she teaches us have reached far more people than we will ever know. She is our definition of hard being the best blessings in life. 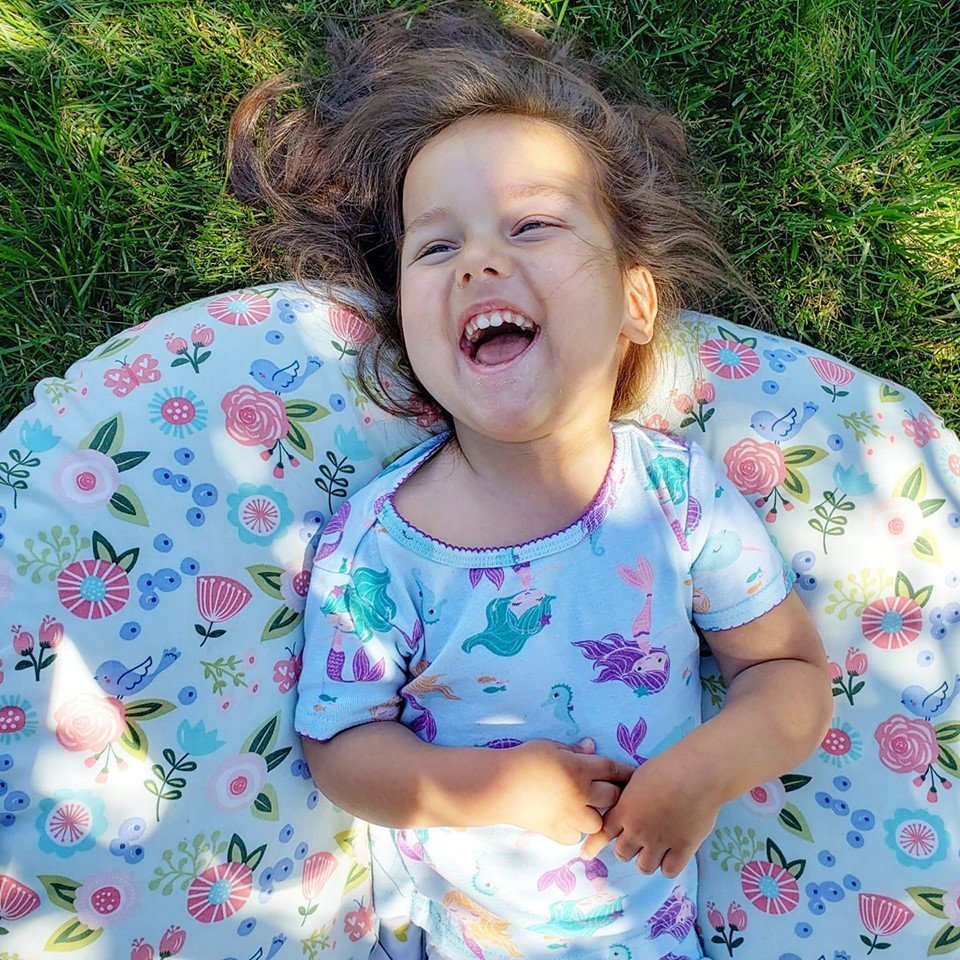 Almost a decade ago, I began as an independent distributor with a nutrition/supplement company. I enjoyed the products and like many, I could’ve used some extra money to pay off debts and not be so gosh-darn broke all the time! With consistent effort and desire to help others with their health, fitness, and finances, that little endeavor grew to be a wonderful living, breathing community of a few thousand amazing people. It grew so large that our distributorship was one of the top organizations in the entire company. Along with that came a great living financially, as well as a great lifestyle with lots of time flexibility. Then, in two shakes of a lamb’s tail, as my college buddy puts it, it was gone. The company decided to give into governing authorities to change the model, and for lack of a better way to put it, they did their best Steve Miller Band rendition of “take the money and run” and left the distributors that built the brand high and dry. This was hard to swallow, but once again, because of prior hard events in life, I wasn’t terribly rattled by the situation, and I knew there was a lesson to learn in all of it.  We are still learning the lesson in all of it, but here’s what we have so far:

God is in control and He is good.

Adversity reveals A LOT about people and what they are about.

We’ve been equipped with skills and abilities to rebuild and impact more people than ever.

Cutting back on your lifestyle can be humbling and rewarding simultaneously. It’s the right thing to do.

Never compromise your character and integrity for material things.

I didn’t even begin to dive into the HARD that his health and fitness! Maybe next time……..